THE ONE WHO STARTED IT ALL!!!

So let’s start to look at (arguably) the most famous serial killer of all time Jack the Ripper!! There will be many points of contention to discuss on this topic such as

Firstly I think its best to give you a brief overview on the Whitechapel killings.

In the run up to the Ripper Murders there were several prostitutes murdered in the area. Though they have not been attributed to the Ripper, the death of Martha Tabram was at the time thought to be connected. 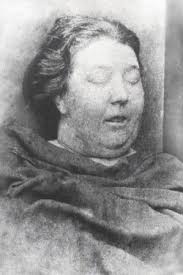 In the earlier hours of 7th August 1888 a prostitute named Martha Tabram was found stabbed to death on a landing of George Yard Buildings. She had been stabbed 39 times including 9 times in the neck. However this murder is generally not thought to be the same killer as the Ripper murders because her throat was not cut like the other victims, also she was not mutilated.

At around 3.40am on the morning of 31st August 1888 a cart driver, Charles Cross came across the body of Mary Ann “Polly” Nichols in Buck’s Row. Another cart driver, Robert Paul approach and the two could not decide if she was dead or unconscious. So they pulled down her skirt to cover her body (not noticing the wounds there) and went and informed the local police officer (on the beat). 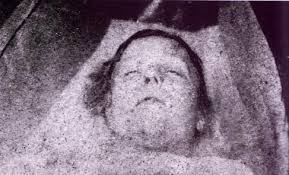 As the officer, PC Jonas Mizen approached the body, PC John Neil came from the opposite direction on his beat and called a third policeman, PC John Thain (by flashing his lantern).

When the surgeon, Dr Henry Llewellyn arrived he discovered she had had her throat viciously cut and her abdomen mutilated. Further mutilation was discovered at autopsy. Nichols was 43 years old, living in lodging houses and working as a prostitute at the time of her death.

At about 6.00am on the 8 September 1888 the body of Annie Chapman was discovered lying on the ground near a doorway in the back yard of 29 Hanbury Street by a resident, John Davis.

Chapman had also suffered deep slashes to the throat and abdo 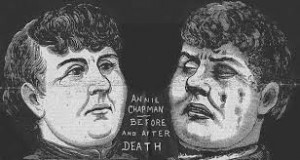 minal wounds but to a much greater extent than Nichols. Her abdomen had been open completely and her intestines had been pulled out of the body and placed over her shoulder. Some of her sexual organs had been removed completely and taken from the scene. Chapman was 43 years old and again living in lodging houses and working as a prostitute.

The body of Elizabeth “Long Liz” Stride was discovered close to 1 a.m. on Sunday 30 September 1888 in Dutfield’s Yard by the 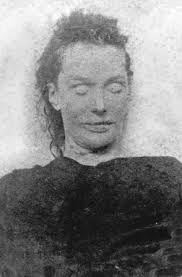 steward of the adjacent Workers’ Club. Now like Nichols and Chapman her throat was slashed but there was no mutilation and the body. This is thought to be cause the killer was disturbed and it is what happened later that night that puts Stride as a victim of Jack the Ripper. Stride was 44 years old and was also living in lodging houses and working as a prostitute.

At 1.45am on the same night (Sunday 30th September 1888) the body of Catherine “Kate” Eddowes was found at Mitre Square. She had been killed by a single slash to the throat (deep enough to cut her vertebrae) but unlike Stride she had been brutally mutilated.

Her face had been cut and slashed with V’s cut into her cheeks, Her abdomen like Chapman had been cut open and her intestines pulled out and placed on her shoulder. Her left kidney and most of the uterus was removed and taken from the scene.

Sadly for Eddowes she had only been released

from Bishopsgate Police Station at 1am (where she had been taken to for drunkenness ) and it appears she walked into the Killer who (having been disturbed with Stride) was after finishing what he started. Eddowes was 46 years old and (you guessed it) living in lodging houses however she is the only victim not to be believed to be working as a prostitute (though some have argued that she was).

Mary Jane Kelly was a prostitute but unlike the others was only 25 years old and was renting a room at 13 Miller’s Court, Dorset Street. At 10.45am on Friday 9th November 1888 landlord’s assistant (attempting to collect rent) peered through the window of her room and saw Kelly’s clearly horrifically mutilated corpse.

It was believe she died in the early hours of that morning (2am onwards) with a deep cut to the throat but the Killer clearly spent a long time mutilating the body. Her face had been repeatedly slashed with her nose, eyebrows and parts of the ears cut off. Slices of skin and muscle had been removed f 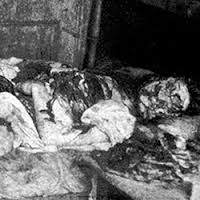 rom her legs, and torso and both her breasts had been removed. Her entire abdomen had been cut open (and the skin cut away) and emptied of its contents with the organs placed around the body (though again some of the organs appeared to be missing.)

Well now you have a brief overview of the murders (obviously you can get more details off books and websites but I didn’t want to go on and on). In the next post we will look at the points of contention.