THE HISTORY OF SERIAL KILLERS

Who was the first Serial Killer?

Simple answer – no one knows. Most likely there have been people who have killed other people for “pleasure” (i.e. no survival reason) since the start of humanity. 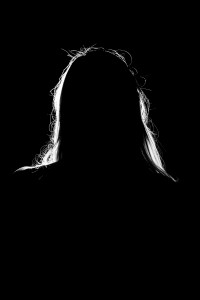 There are theories that stories of monsters (zombies, werewolves, vampires etc.) could actually be the actions of serial killers being put into a context the people of that time could accept.

I think this makes perfect sense, we as human beings have a drive to try and explain everything. Before our knowledge of psychology and medicine advanced, people still wanted to make sense of seemingly senseless acts and so explained it the best way that they could at the time.

I think many serial killers in ancient times went unrecognised due to the way of life at the time. Death was very common and a murder could easily made to look like (and with no medical/forensic knowledge) put down to an accident or natural causes.

If you search for Serial killers on the internet there will be many names suggested for pre 1800s killers however many of these killed for gain of power/titles or on the orders of a King/Emperor.

There are also many cases that when you do a little research there are political reasons behind their accusation and they are also accused of being witches/vampires/werewolves etc.

I am interested in those who wanted to (and actually did) commit murder so I have listed those who do seem to have killed for their own pleasure. Here are a few examples…

Lui Pengli cousin of Emperor Jing of the Han Dynasty, was made King of Jidong in 144BC. He is often given the label of the First Known Serial Killer. According to historians he would go out on marauding expeditions with groups of 20-30 slaves or young men who were in hiding from the law, murdering people and seizing their belongings seemingly for nothing more than fun.

According to sources he killed over 100 people in his 29 year reign and these murders were known across the kingdom so people were afraid of going out of their houses at night.

Eventually, the son of one of his victims reported him to the Emperor Jing . The courts wanted to execute Pengli, but Jing, (probably due to the family connection) decided to show him mercy and instead stripped him of his title and exiled him.

It is hard to get firm facts due to the limited documentation in this case and there appears to be no record of any more crimes after his exile however this doesn’t mean he stopped his murderous ways just that it wasn’t recorded.

Zu Shenatir also has a claim as one of the first recorded serial killers with possible 20+ victims. He was reportedly a wealthy man (so would have a large property). 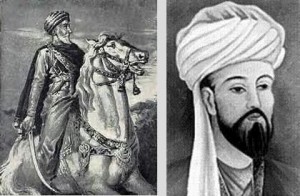 urces he lured young boys into his home with the promise of food and money, stripped them naked and sodomized them.

He then killed them by throwing them naked out of an upper story window of his home. He was only stopped when a would-be victim (named by one book as Zerash) stabbed him through the anus (how ironic).

Again information on this killer is very limited but his modus operandi is very similar to modern day killers.

Now I personally think this one is a bit controversial, putting it in its historical context, you can argue that many powerful people of this era killed without thought and with brutality. However it is not only that Vlad is well documented to be someone who took sadistic pleasure in torturing and killing his enemies but also committing the murders personally and for no real reason other than his own amusement that he is sometimes referred to as a serial killer.

Agreed that propaganda and embellishments after his death created the horrific reputation that inspired Dracula but the facts of his deeds are no less gruesome.

Impalement was his preferred form of execution and this was done by impaling his victims through the torso with large stakes, and erecting these stakes in the ground. Impalement would proceed slowly vertically or horizontally through the body meaning many impaled victims lived for several days in agony. Sometimes th 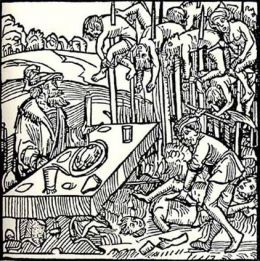 ousands of prisoners would be impaled at the same time and it was said he sat and ate a feast while surrounded by the impaled victims.

When researching Vlad it is difficult to separate man from myth but one thing is for sure he is responsible for the deaths of thousands of people (estimates of the number of his victims range from 40,000 to 100,000).

Many of you will have heard of Elizabeth Bathory , like Vlad she is an inspiration to the vampire myth. Between 1585 and 1610, she is said to have bathed in the blood of up to 650 servant girls that she tortured and murdered and has been labelled by Guinness World Records as the most prolific female Serial Killer in history (however the exact number of victims is act

Báthory (and four collaborators) were accused of torturing and killing hundreds of young women but again through the sands of time facts have become distorted and blurred.

From the research I have done on this topic of historical killers – fame is everything. What can be established is a concrete case is hard to make when you are a famous and powerful person as many have a lot to gain by accusing.

BUT IT IS CLEAR SERIAL KILLER is a relatively new name but far from a new crime!!