BACK TO JACK – THE DEBATE BEGINS

Well in my last Blog I outlined the Whitechapel murders so lets have a look at the points of contention.

Traditionally (aka cannon) there are 5 victims as mentioned above, however (depending on which theory you read) it can be any number of victims and many different locations worldwide. Now from what I have researched (though there are always exceptions to the rule) most killers do not start off with the intensity of killing that happened with Mary Ann Nichols. It is likely that the killer had at the very least previously attacked women if not murdered them. 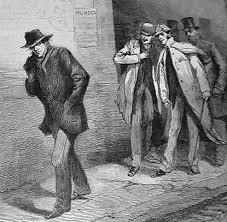 Also why stop at Mary Jane Kelly (especially as he had increasingly been becoming more and more violent). Most killers (again there are a few exceptions) will continue to kill and get more and more extreme until they are caught or die. The explanation for the sudden stop in murders must only be explained by knowing the actual identity of Jack but it is very possible that he may have committed murders after Mary Jane Kelly if he changed location.

Then there is the question of the Cannon 5 – can we actually attribute all 5 to the one killer?? Is it possible that there was more than one killer or that one or more of the murders were wrongly named as Jack victims due to the media hype?

I think I will definitely have to come back to this subject!!

Medical Knowledge of the Killer?

Well this depends who you believe… 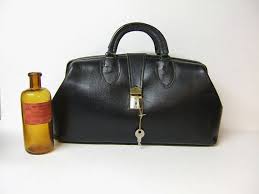 Dr George Bagster Phillips (the Divisional Police Surgeon who examined Annie Chapman at the scene) proposed the speed and skill displayed by the killer in removing her womb suggested that the killer possessed great anatomical knowledge.

Coroner Wynne Baxter (who presided over the inquests of both Mary Nichols and Annie Chapman) even went so far as state that the injuries had to “in each case been performed with anatomical knowledge.”

Dr Frederick Gordon Brown (the City of London Police Surgeon) stated that the person who inflicted the wounds on Catherine Eddowes would have required a good deal of knowledge as to the position of the organs in the abdominal cavity and the way of removing them (particularly the kidney).

However at the inquest into the death of Catherine Eddowes, Dr Sequira (the first medical man to examine her body in Mitre Square) was of the opinion that the murderer possessed NO great anatomical skill.

Also Dr William Sedgwick Saunders (who had assisted at Catherine Eddowes post-mortem) was adamant that her injuries showed no sign of having been inflicted by a person with great anatomical skill.

Finally Dr. Thomas Bond (Police Surgeon for the Metropolitan Police’s A Division) felt the mutilations were inflicted “…by a person who had no scientific nor anatomical knowledge… [not even] the technical knowledge of a butcher or horse slaughterer or any person accustomed to cut up dead animals.”

So (excluding Dr Thomas Bond) most Doctors felt that at least a small if not great anatomical skill was required. However if they are correct this does not mean a doctor or any other medical professional was the killer. Butchers or slaughter-men would have enough anatomical knowledge in order to remove organs.

Sex of Killer – Jane the Ripper???

According to some theorist a woman whose husband Well, personally, I think this is highly dubious – due to the many witnesses reporting sightings of all victims with a male on the night of their deaths. Also the 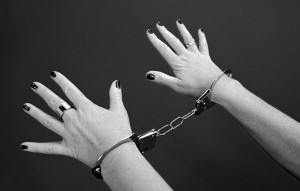 physical exertion required to commit the crimes themselves, it is highly unlikely that the killer was a woman. Also (statistically) a woman is much more likely to be a victim of murder (especially in Victorian England) than a perpetrator and Female Serial Killers tend not mutilate their victims (especially female victims). All in all it would be a huge jump to think that Jack was a Jane.

Did the Police Mess Up the Investigation??

Simple answer YES! However that is looking at the investigation by today’s standards. This kind of Stranger on Stranger crime is difficult to investigate even today.

Remember there was no fingerprinting, no DNA, no blood type….they couldn’t even tell the difference between animal and human blood!! This means that the killer could have (hypothetical) been stood next to the body but unless they were seen committing the crime, it could not be proven! 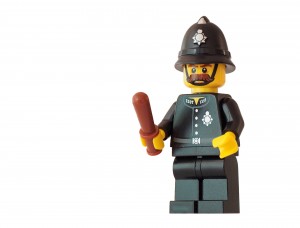 However the Jack the Ripper case was ground-breaking in the field of Crime Scene Photography. At the time of Jack the Ripper it was not standard to take photos of the victims. Mary Kelly being photographed at the scene was highly unusual.

It needs to be taken into account that the police were working in a time where murder (crime in general) was common – and more common for women to be the victims (especially prostitutes).

Also it is often sighted that the police didn’t follow leads but when working across police jurisdictions (seen particularly in the Double Event), it is forgotten how the police force worked then. They were more like opposing political factions wanting to beat each other (there was not any communication as a rule).

Did the police know the identity of the killer??

Well this is a funny one as if they knew why didn’t they arrest them? But shortly after the last murder the patrols that were in place in W 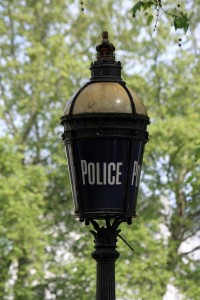 hitechapel were scaled down (why do this when there was no arrests and there was still time for another murder to take place based on the previous murders time-line. This has added to the conspiracy theories that the police knew the killer but hid the identity because that person of the family were famous or even Royal.

Personally I feel that that seems far fetched but the proponents of the theories do feel there is a strong argument cause this explains why they stopped looking for the killer and the murders stopped.

Did the press write the letters which gave the world the name of Jack the Ripper??

This is pretty much well known nowadays and most people are used to the less than truthful tactics of the media, however in 1888 the tabloid media was a new thing and the public believed every word that was printed. Papers were selling quicker than could be printed with the Whitechapel Murder stories so some less than scrupulous journalists decided to make the story bigger.

The “Dear Boss” letter was postmarked and received on 27 September 1888, 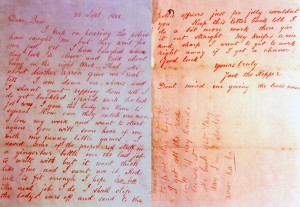 by the Central News Agency of London. It was passed onto Scotland Yard on 29 September. It was written in red ink (maybe to look like blood) and had bad spelling and grammar (which may or may not be deliberate). Most importantly it was signed “Jack the Ripper” – this was the 1st time this name was used and was a media sensation.

The “Saucy Jacky” postcard was postmarked and received on 1 October 1888. Again it is signed “Jack the Ripper” 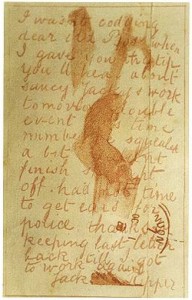 and details the “Double Event” but it had been 24 hours since the murders so many details were common knowledge by then.

Police at the time stated that they thought were both written by a journalist and one is supposed to have confessed to making the forgeries in order to boost sales.

The “From Hell” letter (aka The “Lusk letter”) was Postmarked on 15 October 1888, the letter was received by George Lusk (head 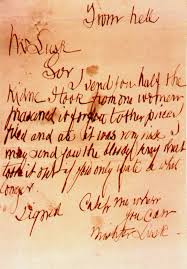 of the Whitechapel Vigilance Committee) the next day. It came with a preserved part of a human kidney and in the letter it was claimed the other half was eaten by the killer.

Unlike the previous letters mention it does not refer to the name Jack the Ripper and purely signed “Catch me when you Can Mishter Lusk” George Lusk was the head of a vigilanty group set up to protect the residents from (and catch) the Whitechapel Murder.

Of all the letters this one is the only one that is felt to most likely to be genuine but still opinion is divided. Mainly the fact that Eddowes had had her kidney removed added weight to the letter. However it would be a lot easier to acquire the kidney than today (medical students, mortuary attendants etc.)

Lusk received many letters as did many other agencies at the time – there was a lot of hoaxes around and Lusk did not take this letter seriously until pushed to report it to Scotland Yard.

The “Openshaw“ letter. Thomas Horrocks Openshaw was a surgeon who worked at London Hospital and was asked to examine the kidney that came with the Lusk Letter. All he surmised that the kidney was from the left side of a human body but the press really picked up on it . 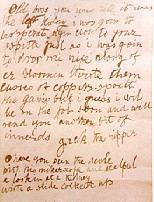 As Openshaw was frequently mentioned in press reports his name became known widely among the general public. On October 29, 1888 he received a letter through the post addressed to him at the London Hospital. Openshaw and most other experts where then of the opinion that it was a forgery or someone looking for attention and he did not take it seriously.

The final point to look at is identity of the killer. As there has been so many suspects suggested I am going to devote a full post to that alone.